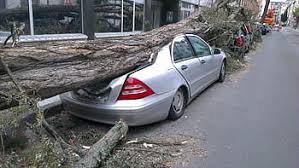 The Workers’ Compensation claim involved a then 28-year-old man who was paralyzed when a tree fell on his vehicle while parked at a job site. Prior to the settlement Mr. Boyd also obtained for his client the purchase of land for the new construction of a handicap-accessible home, a new handicap-equipped van, and specialized, modified equipment for hunting and other recreational activities.

“While this was a tragic accident, this resolution allows our client some financial independence from the restrictive Workers’ Compensation system and means to provide for his family. I feel blessed to have had the opportunity to get to know such an inspirational young man. I think I was most impressed with his ability to maintain a positive outlook throughout such personal adversity,” says Joe Boyd.

Joe is the son of Bill and Marvalene Boyd. Bill was a well-known columnist for the Macon Telegraph and is famous around Macon for his humorous depictions of people from the middle Georgia area. Marvalene is retired after 25 years in the Bibb County school system. Joe graduated in 1994 from Mercer University after a two-year service in the United States Marine Corp. He also received a Masters in Education from Georgia College & State University. Prior to practicing law, Joe taught school for a total of seven years in Macon County and Houston County, respectively. Joe graduated in May 2004 from Mercer University’s Walter F. George School of Law with a Juris Doctorate Degree.