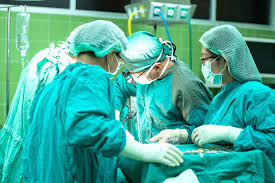 The Workers’ Compensation claim involved an individual working exclusively for a sign company out of the Atlanta area. The Claimant was crushed under a 500 pound sign, resulting in an emergency five level lumbar fusion at Grady Memorial Hospital. The Employer originally denied the claim, contending that the Claimant was an independent contract and not an employee, based on a signed independent contractor agreement. However, Claimant was able to prove at the hearing, and confirmed on appeal, that the agreement was invalid and that Claimant’s exclusive work for the company made him an employee. The Award resulted in back pay in excess of $47,000.00, as well as medical bills in excess of $200,000.00 [before reduction to WC fee schedule].

“Claims involving a question of employment relationship, for instance whether or not a client is an independent contractor or employee, boil down to the facts. We felt confident the facts in this claim clearly indicated the employer controlled the time, method and manner of Claimant’s work and, fortunately, we were able to convince the Judge of the same. It seemed this Employer was trying to bypass the Workers’ Compensation system but, fortunately, in the end, he was not successful,” says Joe Boyd.