Your first line of defense 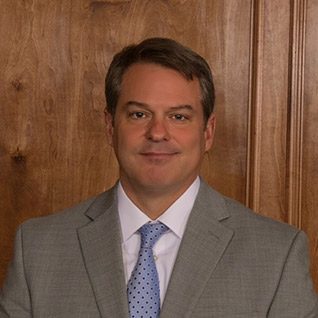 Joseph Boyd is originally from Macon, Georgia, where he continues to reside with his sons, Josh and Hayes. Joe is the son of Bill and Marvalene Boyd. Bill was a columnist for the Macon Telegraph and is famous around Macon for his humorous depictions of people from the middle Georgia area. Marvalene recently retired after 25 years in the Bibb County school system. Joe graduated in 1994 from Mercer University after a two year service in the United States Marine Corp where he achieved the rank of Lance Corporal. He also received a Masters in Education from Georgia College & State University. Joe taught school for a total of seven years in Macon County and Houston County, respectively. Joe also coached football and baseball in both counties and led the Macon County Varsity Baseball team to their first region championship in 25 years. For this accomplishment, Joe won the Coach of the Year award for that region as well as the All Middle Georgia Coach of the Year Award.Joe attended Mercer University’s Walter F. George School of Law in 2001 and graduated in May of 2004 with a Juris Doctorate Degree. Joe was admitted to practice in October of 2004. During his spare time he enjoys playing softball, golf, and coaching his sons.Joe’s primary areas of practice are Workers Compensation as well as Civil Litigation involving Personal Injury, Wrongful Death and tractor-trailer litigation. In his first trial, Joe had the distinction of obtaining a 1.1 million dollar verdict from a Fulton County jury for his clients. In 2013, Joe obtained a $4.5 million Workers’ Compensation settlement, which may be the largest Workers’ Compensation settlement in Georgia history. The State Board of Workers’ Compensation indicated it did not keep up with such statistics, but that this resolution was the largest settlement in recent history.Bar Membership: GeorgiaCourt Admission: All Superior and State Courts of Georgia, United States District Court for the Middle District of Georgia, United States District Court for the Northern District of Georgia, Court of Appeals of the State of GeorgiaEducation: Mercer University Walter F. George School of Law (J.D. 2004) Georgia College & State University (M.S. in Education, 2001) Mercer University (B.A. History)Practice Areas: Workers’ Compensation; Civil Litigation; Personal Injury; Wrongful Death; Trucking Litigation;

Joe has been chosen many times to speak on Legal aspects for WMAZ’s law call. Check out some advice that may pertain to your situation.

In workers comp, is surveillance something that happens to the claimant on occasion?

Here are common steps taken by people that have complains about how their broker has handled their investment accounts.

A worker was injured after being released for light duty by a doctor.

A worker was injured while unloading a truck after being hired as a delivery driver.

The Law Office of Joe Boyd is located at the original house of Thomas Hardeman Jr. Hardeman is known for his time serving in the Georgia House of Representatives, representing Georgia in the 36th United States Congress and having Hardeman Avenue named after him.

Renovating and protecting the history

Joe Boyd has put in a lot of time and effort in restoring and preserving this historical building. Thomas Hardeman Jr. was an important part of our nations history both politically and in the legal fields, it is an honor to be able to practice law out of a building with such great legal history.